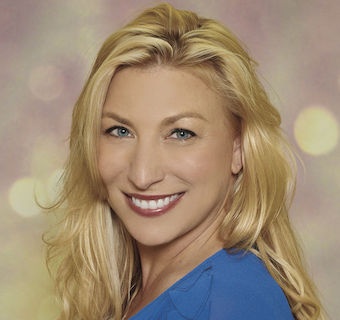 Kristen Kohl has been a successful entrepreneur in Florida for over 25 years. She has extensive experience in real estate, property management, and the beauty industry, and is president of three post-secondary schools that work with federal agencies. With a wide background in all facets of business, her strengths are business management, team building, budgeting and overall compliance, and regulatory and finance obligations. She loves to explore new opportunities for the community and find the right team members to put her dream into action.

Kristen was born in Greece to a native Greek mother and an American father who served in the U.S. Armed Forces. After graduating high school, she attended the University of Milwaukee for business administration. In 1990, she moved to Florida and earned her optician license.

Her first venture as an entrepreneur was purchasing her mother’s salon, after only three months of working there. By 1998, she had built and designed the Imperial Salon and Spa in Suntree, Florida. The upscale 10,000-square-foot salon was the first of its kind in Brevard County.

Kristen continues to pursue her entrepreneurial goals. Most recently, in 2020, she opened her first luxurious riverfront resort in Cocoa Beach for family getaways, retreats, and weddings.

Kristen believes in giving back to the community. Her passion is Promise of Brevard, an organization that empowers people with cognitive and physical disabilities to gain independence in their lives. During the catastrophic hurricanes in the Florida Keys, Puerto Rico, and the Bahamas, she organized a drive to gather and ship supplies to those in need.

COVID-19 has also made a huge impact on Kristen’s life and organizations. She has worked to increase access to effective and affordable rapid testing, which will allow people to feel safe and to overcome their fear and anxiety of being exposed to the virus.

Kristen is grateful for the mentors who have taught her the value of perseverance and remaining positive through all of life’s challenges. Her advice to those seeking purpose in their lives is to “Find your passion, which is your most important responsibility. Once you do, be diligent, forthright, and focused. It’s called living in your purpose…the sweet spot!”